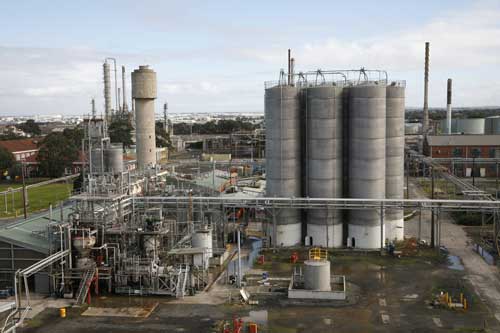 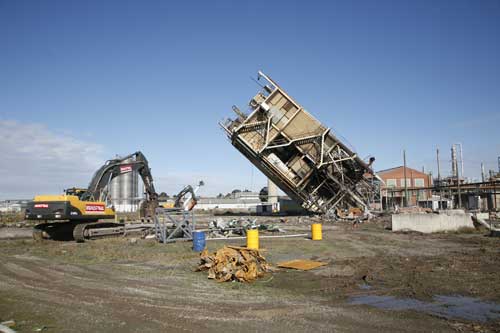 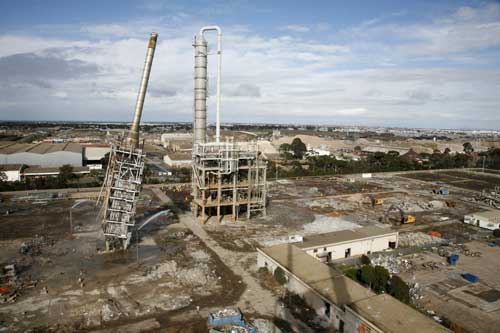 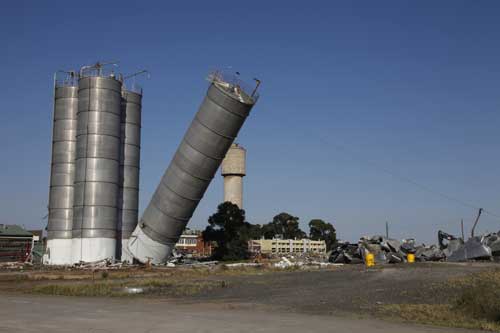 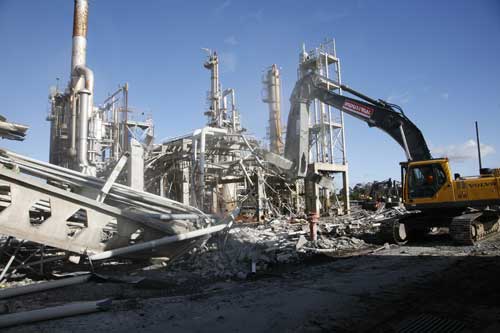 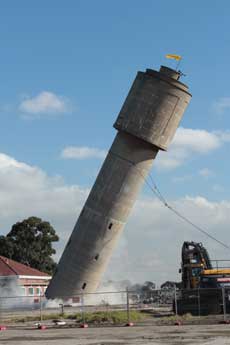 In 2011, Industrial Demolition completed one of the largest industrial demolition projects in Australia, the 35 hectare Huntsman facility at Brooklyn, Victoria.

Between 1939 and 2010 a range of chemicals were produced on site including pharmaceuticals, phenols, acetone, styrene’s, styrene monomers, polyester resins, phenolic resins & a range of herbicides including 2 4-D, 2 4 5-T & glyphosate (Roundup).

Industrial was contracted to undertake the demolition of the built assets and partnered with GraysOnline to conduct a number of auctions to dispose of assets such as tanks, pumps, valves, workshop and laboratory equipment, stores, spares & any other saleable equipment. The removal of major assets sold in the auction process was undertaken by Industrial, prior to the commencement of demolition works in each area.

Several major structures, which had been the tallest in this landscape for decades were successfully removed by controlled collapse.
This major project was completed on schedule and took almost 21,000 man-hours. Importantly, Industrial delivered the project without a single Lost Time Injury (LTI) or Medical Treatment Injury (MTI).