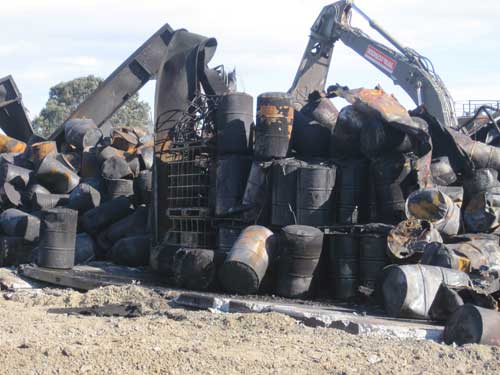 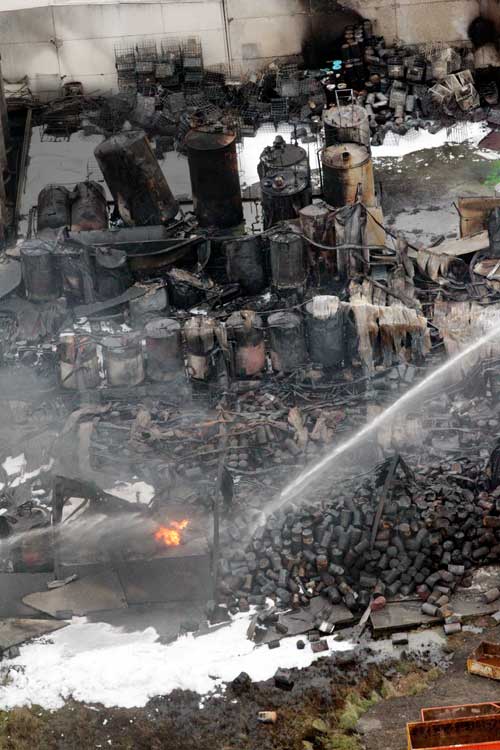 In 2011, IDS responded to a number of emergency fire projects, including a massive incident, which occurred at the TriTech Lubricants factory in Dandenong South in May. 700,000 litres of flammable liquid were stored on the site.

Industrial Demolition Services was called out to assist CFA fire fighters in bringing the blaze under control, which took the best part of two days to effect. Typically, Industrial is called upon by the emergency services to mobilise as part of the emergency response team, to assist with making structures safe and to allow fast access to parts of the fire that are not accessible due to product stockpiles and collapsed structures. The Industrial crew generally stays on site after the fire has been brought under control, to demolish any unsafe building elements and to ensure that there is no danger to neighbouring buildings. The involvement of specialist operators and excavators fitted with grapples and shears assists fire crews in removing material away from the fire scene and in lowering and removing damaged structural materials from the site.

The heat of the TriTech Lubricants fire was so intense that the entire building and its contents were lost. The building itself literally melted and collapsed onto thousands of tanks and drums of the inflammable liquid.

CFA fire officers said that this is one of the most difficult fire situations they face, because it could not be fought with water, which would make the blaze worse. Foam is also a problem because of pollution issues. A small amount of foam was used to stop the blaze spreading to surrounding factories in this industrial area, which included a nearby glass factory housing dangerous chemicals. The CFA sprayed water onto the remaining drums to cool them down and prevent further explosions.
With oil and chemical fires, smoke is also a problem. TriTech manufactures products such as petroleum based oil, motor oil and lubricants. 26 CFA and MFB units were in attendance along with 130 fire fighters working to contain the blaze.

Industrial Demolition was called in by Bay Building Services to assist with making the structure safe, pulling down fire affected precast concrete walls and to ensure safe access for the MFB and fire investigators.