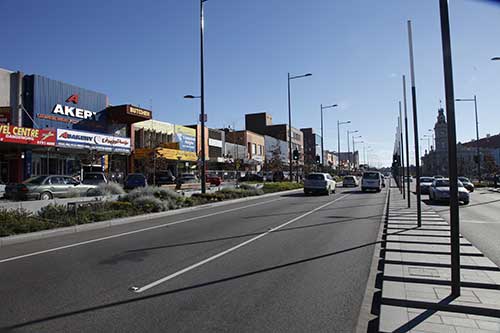 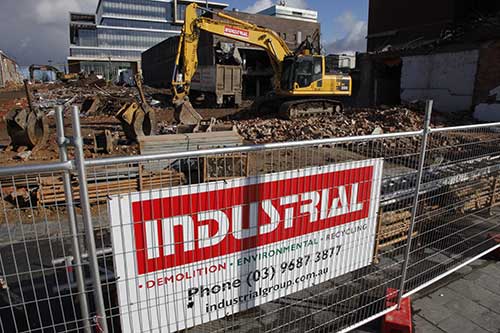 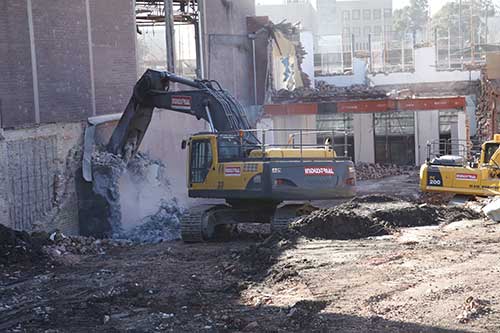 The Dandenong Revitalisation project is quite unique. No other established community hub in Melbourne has ever undergone such an extensive transformation on such a scale.

Dandenong has an established regional status, attracting shoppers from the country to its large retail complex. The Regional Police headquarters, Magistrates’ Court, a major hospital and associated services and a TAFE college are also located in the Dandenong hub. Dandenong is also the centre of an extensive transport network, with a busy railway station and bus interchange.

The extensive redesign and works to renew Lonsdale Street was completed last year, making it one of Melbourne’s outstanding business and retail boulevards.

The next phase of works involves the transformation of a city block of a large number of redundant shops, office buildings and a former arcade into a civic, retail and business centrepiece that will be a major feature in the entire revitalisation program.

IDES undertook the careful demolition and dismantling of many buildings in Lonsdale Street, Walker Street and Thomas Street. The project had many constraints, principal among these being the fact that this demolition project was in the heart of an operating retail and business precinct.

Following the completion of works, construction has commenced on the new Municipal Building Project with an anticipated completion date of March 2014. Watpac Constructions are responsible for the building of the new project.

This flagship project for the revitalised Central Dandenong will see the establishment of the new heart of Melbourne’s southeast region.

Demolition Services Manager, Graham Cressey says that the IDES team have executed a relatively complex project very well. “IDES is proud to again be part of this exciting project. This site was quite compact and this offered a number of unique challenges. The overall site measured approximately 8000 square metres of which 6500 square metres were structures -more than 80 percent. In addition to the many buildings we demolished, the IDES team excavated more than 6500 cubic metres of material and placed and compacted 3000 cubic metres of material. In addition we removed and disposed of more than 4000 cubic metres of material from the site. The earthworks also included the construction of piling rig platforms for the construction phase.”